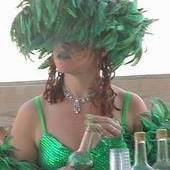 Absinthia absinthe is smooth, drinkable, elegant. Because it is made with fresh wormwood, this Swiss style blanche has a natural sweetness and is delicious neat, on the rocks, with a splash of cold water, or in a cocktail. While some have warned her about “giving away the farm,” Absinthia wants to share with you the hundreds of ways to enjoy absinthe in her collection of cocktail recipes that she has been collecting for over a decade.

Absinthia Organic Absinthe is available for distribution and is perfect for your bar, restaurant, hotel, or bottle shop. For home use or to try it at a restaurant or bar, please select Where to Buy. Please find us on Facebook, Instagram, and Twitter. 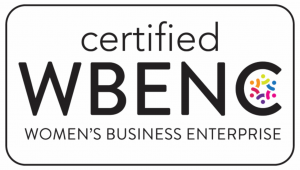 Pick up a bottle now at one of our online retailers:

“Absinthia really stood out to us for its elegant simplicity. We love that it’s locally made…This is a great introduction to absinthe, but also something an experienced drinker can appreciate.”
– Peter Mustacich, owner of Alchemy Bottle Shop

“One of the best that I have tasted. It is a very fun absinthe to play around with in cocktails and very clean at the same time if you are in the mood to sip on it.”
– Justin Sheffey, Bergerac

END_OF_DOCUMENT_TOKEN_TO_BE_REPLACED 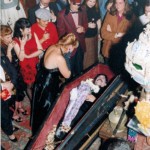 Shortly after my second Burning Man, in November, 1996, I attended a San Francisco Cacophony event, hosted by Miss P, founder of the Burning Man Center Camp Cafe. At the Marcel Proust wake, I had my first taste of absinthe. Something about it pulled me in…I remember seeing this green elixir in a crystal bowl with a ladle, and a pitcher of cool water nearby. I asked what it was and was told, absinthe. OH! I laughed nervously, walked away, and walked back. I had heard of absinthe, and I was intimidated, but it was so pretty, glowing green and fragrant. I served myself my first glass. And then another. Pretty soon, the evening became a magical and enchanted one, full of friends new and old, a giggly chill space, gardenia flowers being passed around, and of course, glasses of green absinthe everywhere. The man who made it, Tom Sheft, gave me the recipe, which claimed to be from a family in the French countryside. I immediately had my doubts, given that the recipe called for everclear, wormwood and anise tinctures (available at a small shop in the Mission), and yellow and green food coloring. And yet, I knew I had to make this stuff.

END_OF_DOCUMENT_TOKEN_TO_BE_REPLACED

While absinthe is traditionally served with cool water and a sugar cube, Absinthia believes that well crafted absinthe doesn’t need sugar. Enjoy Absinthia Organic Absinthe 1:3 absinthe to water for a milky, delicious louche. Absinthe is wonderful in cocktails such as the Sazerac, Corpse Reviver No. 2, and the Death in the Afternoon, or any of our 100+ absinthe cocktail recipes in our collection.